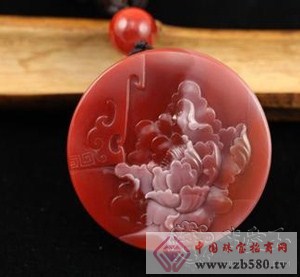 The South Red Agate stone that is not peeled and does not open the window is the highest gambling, but the price is also very cheap, so it attracts many people to risk blocking, often this is ten gambling. In the trading market of the southern red agate producing area, there will be many people selling some rough stones without large windows. These rough stones are not much different from the original red agate stones on the surface, but they are likely to be red stones or Ukrainian, these belong to the associated red mine of South Red Agate, the value is not high in South Red Agate. The prices of these rough stones are very cheap and cheap to make people drool, but if you think about it carefully, you will find out the flaws. These stone farmers are exposed to the original stone every day. The experience is very rich. It can be said that the original stone they saw can open the south red. The chances are very big, but they donâ€™t open it but sell it. It means that they are not optimistic about this piece of raw stone. They can even get out of the South, even if the window doesnâ€™t open, it means that the chance of opening Nanhong is very embarrassing. You can gamble on such a rough stone, how can you win?

When you buy the original red agate stone in the window, you can't make a quick profit. It also needs to be carefully observed, because the window looks very beautiful, but the inside is likely to be messy. Buying the window of the South Red Agate stone by luck, but also test the experience, can not see the window is beautiful, I am anxious to save money, to know that the current stone farmer window technology is very high, in most cases, these stone farmers can The best part of the original stone is opened, and the bottom of these beautiful parts may be the cruel truth. I believe that many South Red Agate rough stone buyers have encountered this situation, so donâ€™t buy this type of window red South agate rough. Have illusions, and look carefully with experience.